My First Century, The LIVESTRONG Challenge

Every few months my mom emails me asking to use my blog to raise money for one cause or another thinking I write for an audience measuring in the tens of thousands. I try and tell her that I only have five readers and that my sisters have already had their arms twisted by her and I’m not going to be able to apply any more pressure.

Now the tables have turned.

Mom, it’s it is not too late to join me in donating to the LIVESTRONG challenge!

But let’s back up a second…

I don’t know how this ride snuck up on me but before I knew it most of the cyclists at work were participating in Lance Armstrong’s LIVESTRONG Challenge, a bike and cycling event to raise money to fight cancer (the Seattle ride has raised $880,000 so far!). Since I missed the previous weekend’s century hosted by Flying Wheels, I couldn’t miss this one too. (For those who aren’t cyclists, a century is a 100 mile ride. A metric century is a 100 km ride.)

Fortunately, it wasn’t too late on Saturday to register and pony up a donation to get to my minimum fundraising requirement.

After a late night celebrating Ming’s birthday (the Grey Goose shots seemed like a bad idea, but in fact, did not slow me down) I joined the crew at 6:45 a.m. at the start line for the 100 mile ride (check out the map): 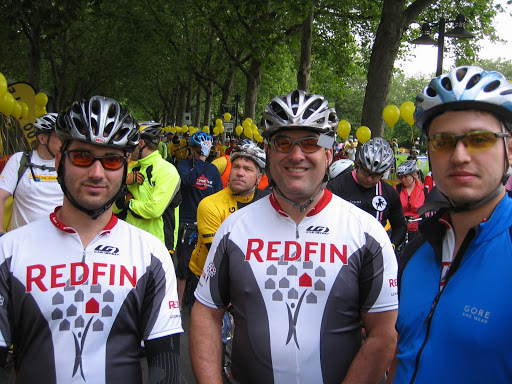 Here’s a video of us starting. We show up around the 13 second mark:

This was the largest ride I’ve participated in. My number was 1166 so there must have been a good 1200 riders on the line!

The highlight of the ride was definitely the start charging through the empty streets of downtown Seattle and then taking the I-90 express lane out to Mercer Island. At one point I looked back and was pulling what looked like 100 people in a single line (and no, I didn’t pull the whole way across). Thanks to the police and state patrol for doing a good job at closing off streets and intersections for us. I wish we had that every ride.

The lowlight of the ride was either the torrential downpour we experienced leaving Renton (seriously, cats & dogs were coming down) or the Montreux climb (750 feet, high grade, short distance). RiderX has a great description in his course preview of the climb which I’m glad I didn’t read before registering:

The worst part was that 2/3rds of the way up there was a guy dressed like a devil saying there was only 25 meters to go so I stood up and started to really pound it only to get around the corner and see that I wasn’t yet at the top! Glenn tells me this is a Tour De France thing: 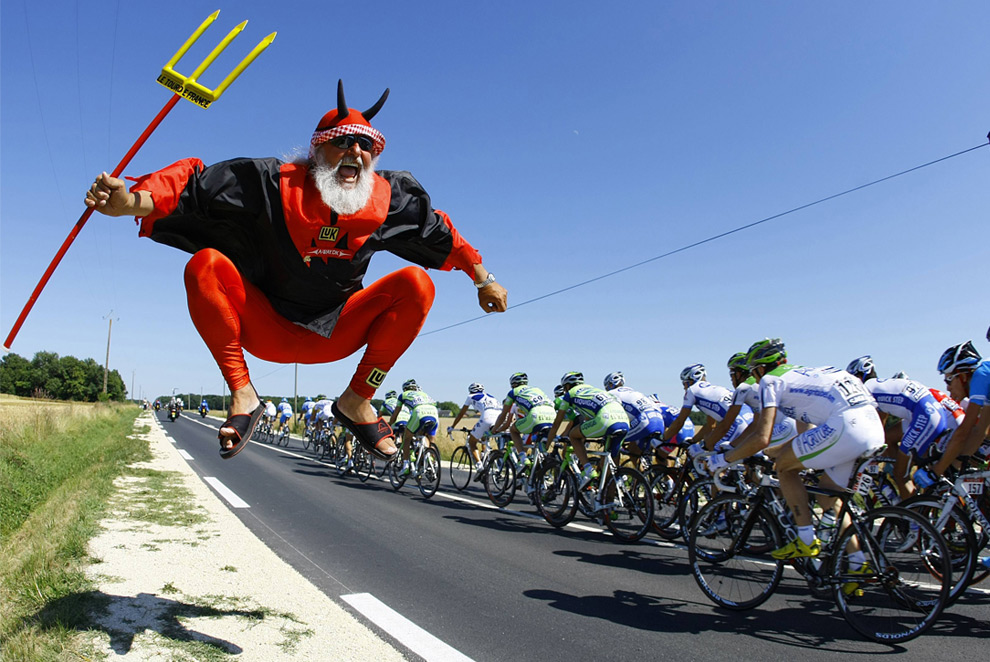 The emotional part was seeing so many people riding in memory or in honor of someone. Not surprisingly, I too have had friends and family fight cancer. Fortunately, there were many supporters along the way cheering us on. It was very energizing to not just pound the pavement on another weekend ride but to actually get out and ride for something.

We made it! Here’s the Redfin boys (Dave, Rob, myself and Robert): 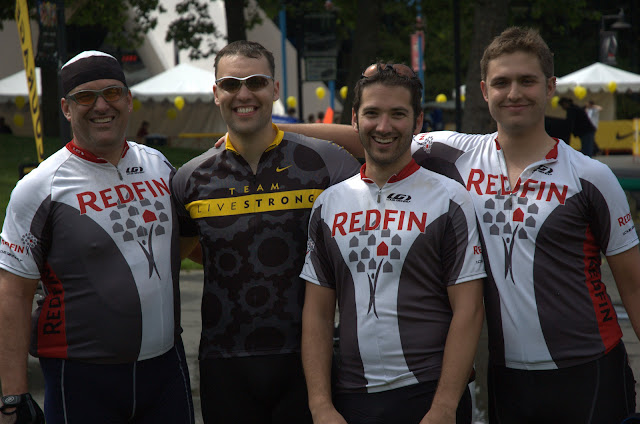 I’ll definitely do it again next year as the event was extremely well organized. The only fault I could find is that the beer garden was too far away from the food and in my exhausted state I was too lazy to find the stairs to get up there.

Learnings for next time:

My weak sauce stats (weak! we started off so strong…):

And again, it’s not too late to donate!

4 Responses to My First Century, The LIVESTRONG Challenge